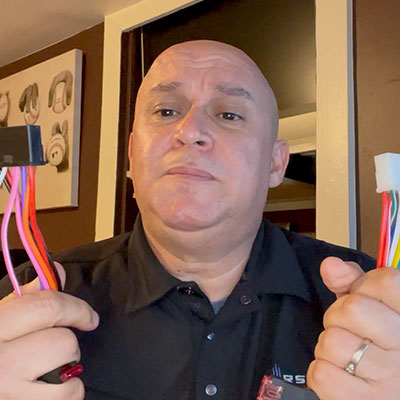 Jose Vazquez’s love for the 12-volt industry started while in high school around 1989 working on friends cars. With little or no experience, he took it upon himself to learn how to install radios, amps and even his first security system in 1990 at the age of 17.

After high school, he attended an automotive technical school in order to learn more about the industry. In 1991 he started his first job as a car audio installer at local chain store named “Nobody Beat The Wiz”. He spent the next 4 years there and move up in the ranks to be the field supervisor of 8 stores and was in charge of training the installers at those locations. Even though he loved what he was doing at that time, his main passion was to build custom vehicles.

Then, in 1995 came that opportunity. He was approached by a single store owner that needed an installer that was willing to learn how to build custom systems and so he took on the challenge and went to work for AVI Electronics. There he spent the next 8 years building custom vehicles, learning how high end systems work and also how to properly tune systems as well.

Working with top of the line manufacturers and gaining their recognition such as from Alpine Electronics and becoming an F#1 Status Specialist. That opportunity brought him to the next chapter of his career.

In 2003 he was recruited to be part of Alpine Electronics Team by Roy Meyer. He became a Product Specialist and National Trainer, providing technical support to nationwide dealer base and conducting local as well as national trainings like CES etc..

Jose has a wife Enid and 2 kids: Michael and Isabella. When he is not working on cars he spends most of his free time with his kids’ recreational activities and loves baseball.